The 300 year history of our family

In 1686 the parents Augustinus Bohner and Anna Merck had their son Martinus baptised in Bankholzen. Martinus married Maria Brecht in 1716 and their son Jakob was born, in 1723 their daughter Margarete. In 1789 Johan Evangelist was entered in the baptismal register by his parents Johan Georgius Bohner and Justina Bruttler. He was a farmer and mayor in Bankholzen. 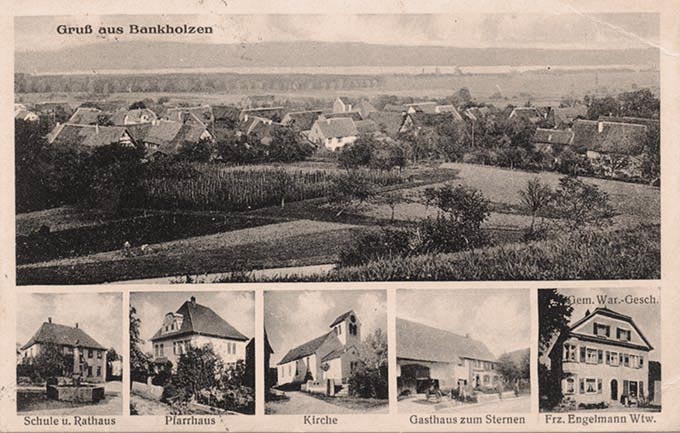 In 1830, Johan Evangelist Bohner and his wife Theresia Weismann from Bohlingen built the "Sternen" inn, directly opposite the Heimathof, exactly where our guests sit today. The panel in the half-timbering above the regulars' table dates from this time. The timber was donated by the community. The beams in the guest room are original! From the Sternen, lead horses were used to drive the carts up the "Steinernen Weg" towards the rails.

In 1883, Sebastian Bohner, son of the builder, opened the inn. He was a farmer and mayor like his father, as well as a district councillor. In his time, the current road to Schienen was built. In 1900 a hall was added to the inn and in 1920 a post office with telephone. In 1902, his son Franz Bohner took over the farm and the inn. He was a local councillor for 24 years, a farmer and innkeeper like his father. When his son, Karl Bohner, returned from Russian captivity (1939-1949) in 1949, he took over the parental estate. He extended the inn and built 4 guest rooms above the restaurant.

Since 1967, Brigitte Bohner (then 16 years old) has run the inn after the early death of her mother. In 1981, Brigitte, a trained restaurateur and daughter of Karl Bohner, received today's country inn from her father. In 1982 they married. In 1983 and 1984 their children Florian and Eva joined them. In 1992, the former stable and barn were converted into living quarters. Five comfortable double-bed rooms, an office, a workshop, a laundry and the first own flat were created.

In 2001, the old inn was rebuilt, keeping the 170-year-old guest room. Another 10 double rooms and 3 single rooms were added. A lift was also installed to provide easy access to the rooms in the new building.

Brigitte, the current landlady, runs the Sternen in the spirit of her great-grandparents and parents, so that you, our guests, feel at home, are satisfied and are happy to come back. 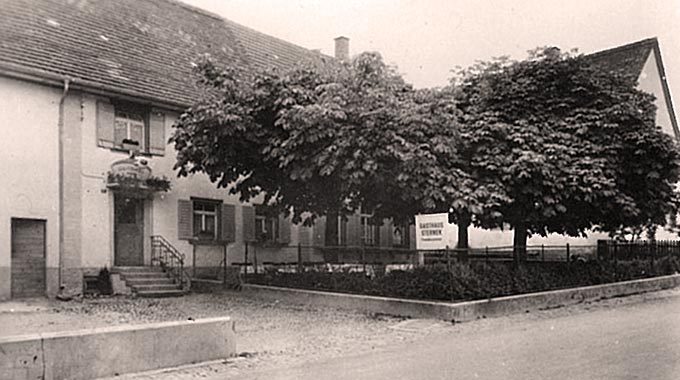 On the occasion of its 135th anniversary, the Sternen has been one of the "Historic Inns" in Baden since summer 2018. You can read more about the traditional history and the role of the Sternen in the Hörigemeinde Bankholzen in an interesting report (in german only).