The location at the Lake Constance

The Höri peninsula lies in the western part of Lake Constance between Stein am Rhein (CH) and Radolfzell. It covers an area of about 45 km² and includes the northern shore of Untersee and the southern shore of Zeller See with the municipalities of Moos, Gaienhofen and Öhningen. 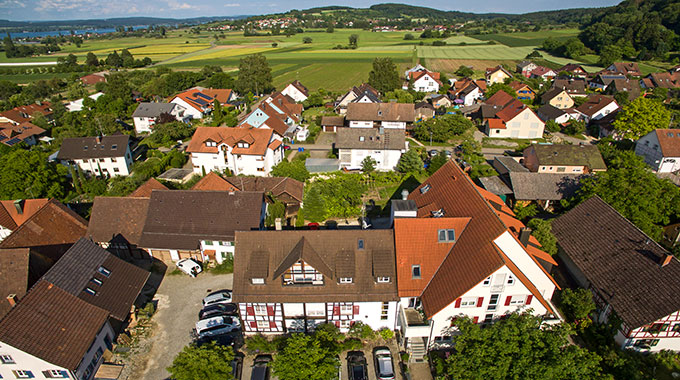 The districts of Bankholzen, Iznang and Weiler belong to the municipality of Moos. A document from the year 1050 reports for the first time on the farm of Banchili, which later became Bankholzen.

Bankholzen is situated directly at the foot of the Schienerberge mountain at an altitude of 403 m. The centre of the village has beautiful half-timbered houses from the 18th and 19th centuries. The Sternen is located directly in the quiet village centre.

It is 11 km to the Swiss border and only 2 km to Lake Constance.

* Image Rights on this page